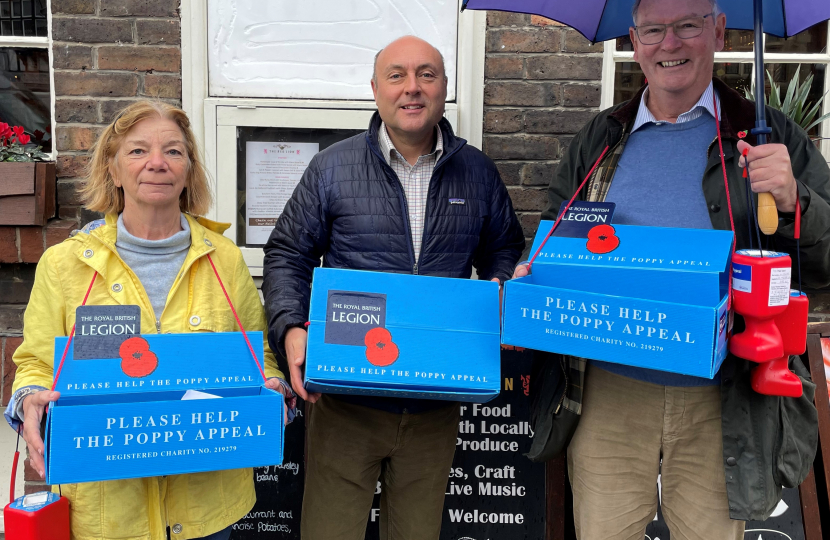 High street and door to door poppy sellers are part of the Royal British Legion’s annual effort which raises over £12 million a year. The charity supports service men and women, ex-military personnel and their families. Since last year’s Poppy Appeal, the charity has responded to over 37,000 request for help, assisted over 4,000 people with war pensions and awarded grants to over 6,000 vulnerable people.

“Despite the recent wet weather it has been great to see our local Poppy Appeal volunteers and to thank them for supporting and honouring our veterans past and present.