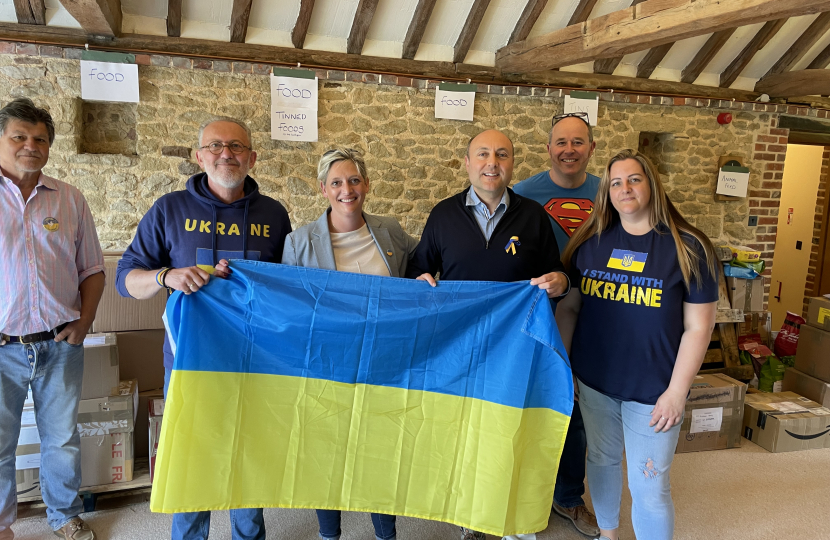 Ukraine’s ambassador to the UK, Vadym Prystaiko, and Refugees Minister Lord Harrington will send letters to sponsors and families this week to praise them for contributing to “the UK’s largest offer of help to people fleeing war since 1945”.

Some 104,000 people have arrived in Britain after the Government’s Ukraine visa schemes were launched in March, including 31,300 under the family scheme, and 72,700 people under the Homes for Ukraine sponsorship scheme.

Overall, there have been almost 200,000 visa applications, meaning just over half of those who have applied have arrived in Britain, according to figures published by the Home Office and UK Visas and Immigration.

The letter is expected to say: “You have saved lives, given hope, and offered sanctuary to people in desperate need. This represents the UK’s largest offer of help to people fleeing war since 1945. I know it is not easy to host displaced people from a different culture, an unfamiliar background, speaking a foreign language and most importantly deeply troubled and hurt. The letter goes on to say: “The ties between our nations, our governments have never been closer. This is because of each and everyone of you, your generosity, patience, kindness.”

Lord Harrington hails the “limitless generosity and compassion of the British people”, adding: “I cannot thank the British public enough for their steadfast goodwill in opening their doors to people from Ukraine and welcoming them into their communities.”

“I welcome this recognition for hosts with West Sussex being one of the most generous locations in the UK for families and individuals taking in Ukrainian refugees. I was proud in Government to have played a part in setting up this scheme and although there were teething problems as the government machine swung into gear, it is now a great success and has mobilised a vast amount of accommodation.”

Paying tribute to those who have helped in other ways, Andrew added:

“I hope the letter of recognition will be extended in time to all those who have volunteered to donate and send vital supplies to those remaining on the ground within Ukraine.”