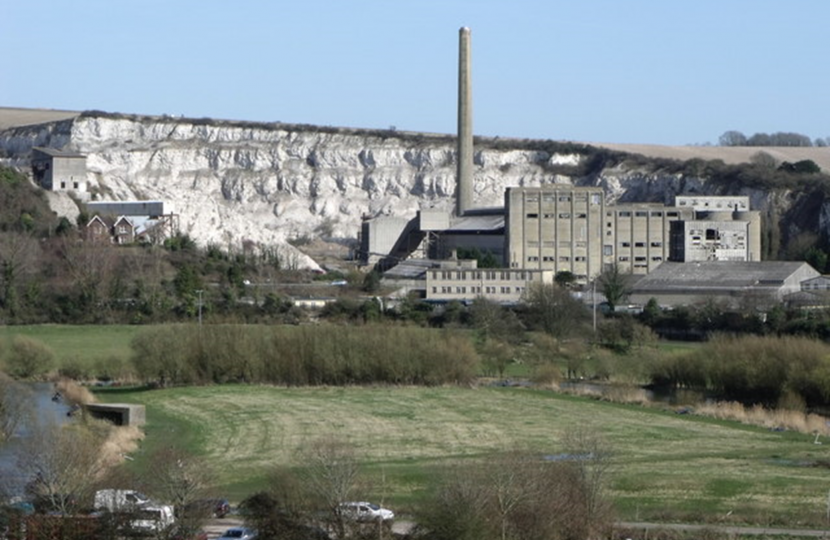 Arundel & South Downs MP, Andrew Griffith welcomes the next stage of the regeneration of the Shoreham Cement Works with the launch of a consultation this Summer.

The South Downs National Park Authority announced its public consultation today, which will be run over 8-weeks this Summer.   This follows detailed inspections and evidence gathering for an Area Action Plan that sets out the issues and options for the future of the 44-acre derelict site.

The MP has called for the redevelopment of the largest brownfield site in West Sussex which could deliver hundreds of new homes and local infrastructure.

Echoing words he first used in a debate in parliament back in September 2020, Andrew said:

“The Shoreham cement works sits on a 44-acre site on the Steyning Road near Upper Beeding. It can be the perfect showcase of a sustainable, multi-use redevelopment of a brownfield site. By providing much needed homes for local downsizers and first timers we can prevent development on precious green field land.”

Andrew is asking everyone to have their say on the future of this site which could have a positive impact, not just on Upper Beeding and Shoreham, but on the wider area of West Sussex too.