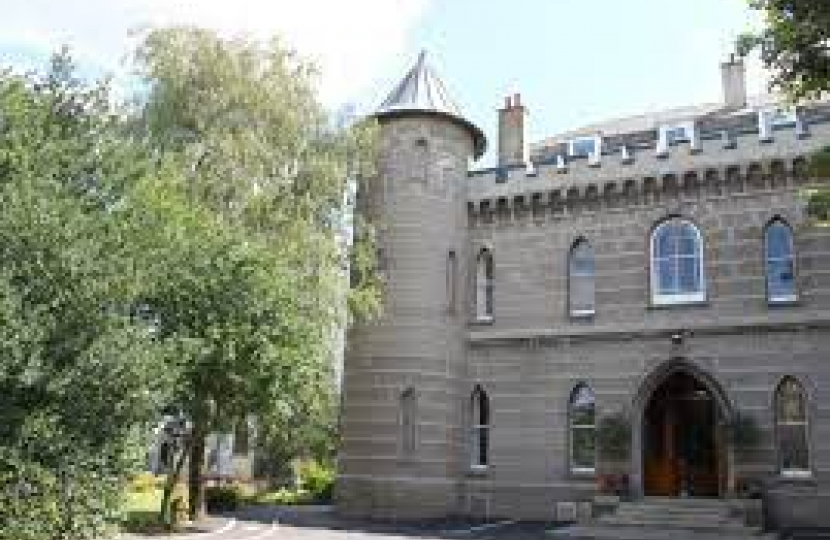 Arundel and South Downs MP Andrew Griffith was given a tour of Steyning Grammar School’s ‘The Towers’ campus in Upper Beeding as its first academic year at the new site draws to a close and the summer holidays begin. (15th July)

Andrew Griffith had previously visited The Towers just after the school had taken over the lease and it was, at that time, a building empty of children and furniture.  Thanks to the generosity of Business2Schools - a charity which distributes unwanted office furniture and IT equipment by donating it to schools – the classrooms are now smartly kitted out.

The Towers opened its doors to Key Stage 3 children last September, replacing the former Church Street site which was no longer fit for purpose and is now being sold.

“It was great to revisit The Towers and to see it fully up and running.   I am pleased that their first year at the new building has been a smooth transition.

“I am also delighted that Steyning Grammar School is set to receive significant funding from the Department of Education’s school rebuilding programme, one of 61 schools nationally to receive an award.  Steyning Grammar is the biggest school in West Sussex and its buildings must be fit for the future.”