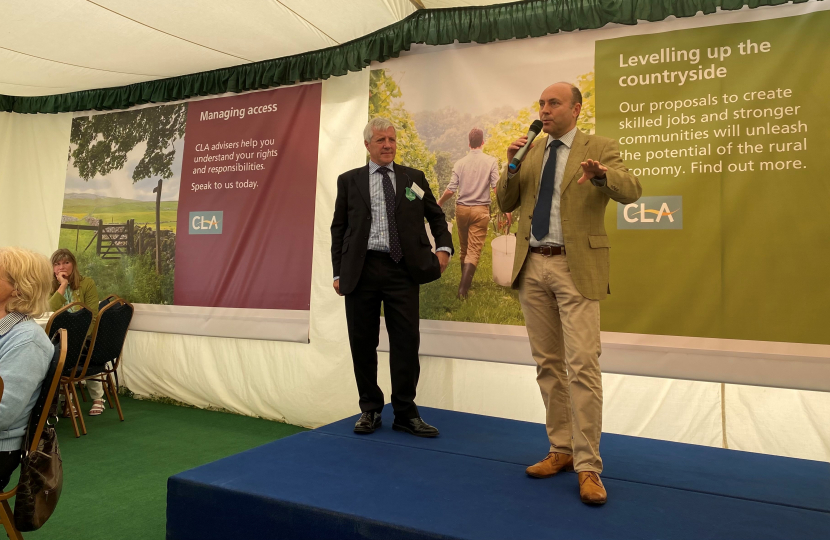 Arundel and South Downs MP Andrew Griffith addressed visitors on the first day of the South of England Show in Ardingly on Friday (10th June).

Invited by the Sussex Country Land and Business Association (CLA), attendees at his speech were keen to hear how the Government is supporting the rural economy and local farmers and food producers.

The MP told members that he welcomed the Government’s announcement on Thursday (9th June) that permitted development would be applied to more agricultural buildings – a sensible change to planning legislation which many farmers and rural enterprises have called for.

Supporting British food production is another vital part of the government’s agenda.  In addition to maintaining the same financial support for farmers as previously, £270 million will be invested across farming innovation programmes to unlock technologies to improve productivity and reduce the dependence upon overseas labour which is becoming increasingly hard to obtain.

“It was great to see the South of England Show back in full force at Ardingly this year.  Despite global headwinds, the rural economy is making a great contribution and our British food producers and processors have never been more important.   I am grateful to the Country Land and Business Association for inviting me to speak to their members at the show so that I could share the tangible steps being taken to support our rural economy.”