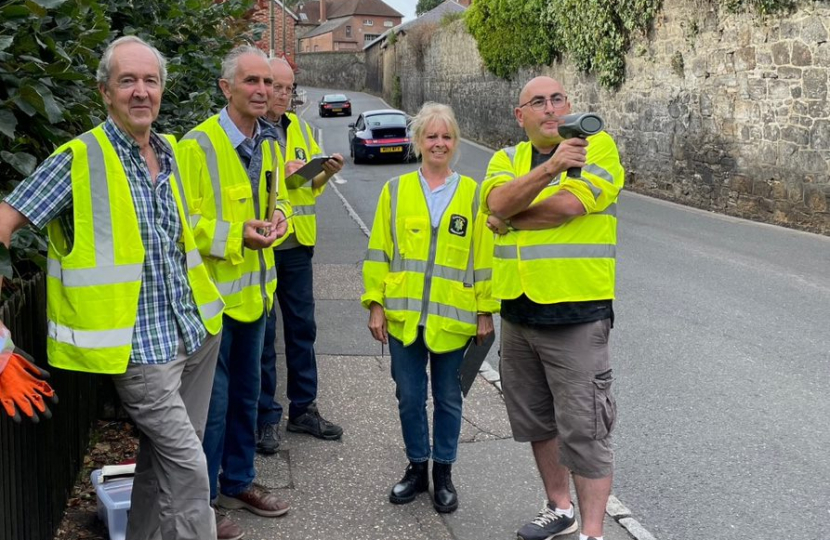 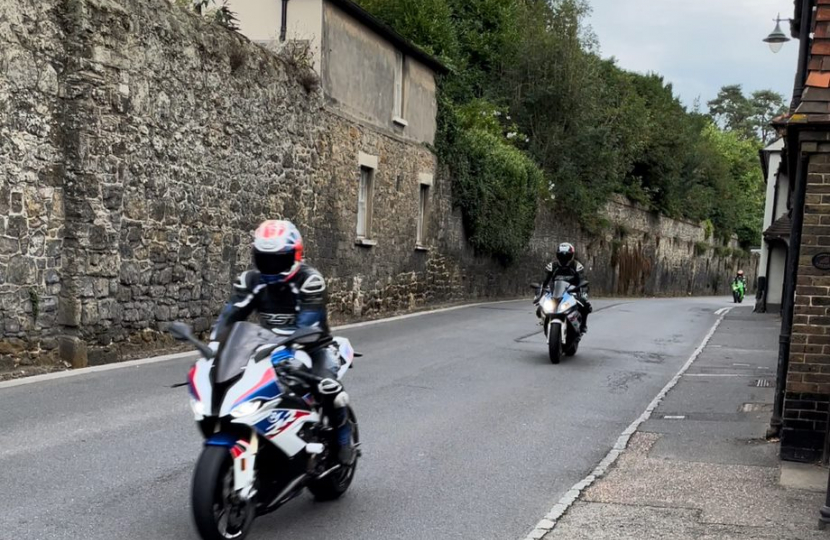 Andrew met with Surrey and Michael Weeks, John Knight, and Leslie New of the Community Speedwatch, and Jim Scallon, a Petworth Town Councillor.

As well as monitoring the speed of traffic which travels along the narrow streets, Andrew spoke to them about their why their call for a 20mph limit is greatly needed.

“We are a Community Speedwatch Group of just four members, and we are doing what we can for Petworth residents but feel the situation is not improving without additional support from the appropriate authorities.”

“Speaking to residents, and while carrying out our Speedwatch sessions, we have concluded that Petworth is in desperate need of traffic calming measures, especially a 20mph zone.”

“I was a willing volunteer joining the very early start with the Petworth Community Speedwatch Group who are doing a terrific job in monitoring and reporting those drivers who fail to drive with due care through the very narrow streets of this ancient town.  Sadly, once again, it is a minority of anti-social riders which give the great British motorcycling fraternity a bad name.

“I endorse the town’s campaign for a 20mph and am asking Sussex Police and West Sussex County Council to support it.”