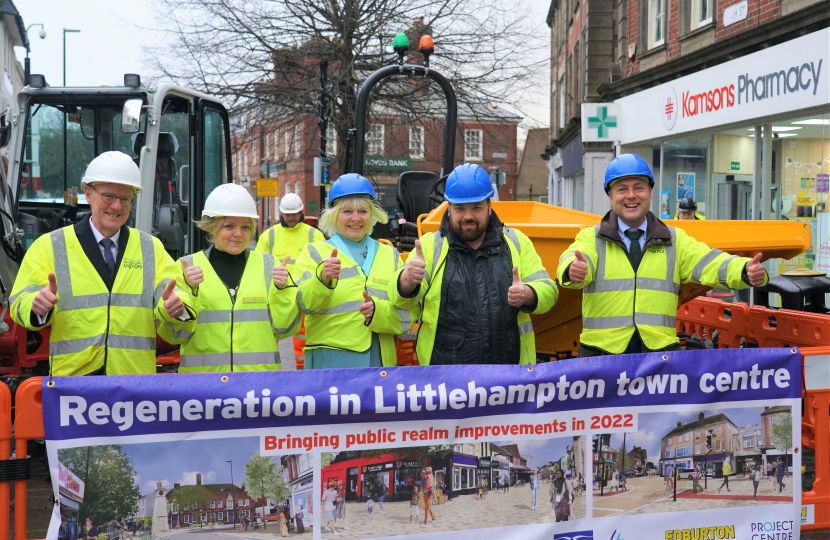 The regeneration is funded in part by a £19.4 million grant from the Government’s national Levelling Up Fund. Arun District Council bid for funding was secured with the MPs’ support at the Government’s latest spending review in October last year.

“It was good to be able to mark the launch of the multi-million pound regeneration project, helping to keep and improve Littlehampton’s town centre as an attractive place to shop and as a destination for tourists.

I am pleased that work, led by Arun District Council, is underway in both Littlehampton and Bognor Regis to deliver long-term improvements that our area deserves.”

“It was a pleasure to join Cllr Shaun Gunner and his colleagues to launch the work on Littlehampton High Street, delivering regeneration for the residents of Arun as part of the ‘Levelling Up’ agenda.

Under new leadership the council is getting on with the priorities of local residents.

“These regeneration projects are Levelling Up in action. The £19.4 million that Arun District Council is investing across our area will ensure Littlehampton becomes an even better place to live, work and visit

This investment is part of the wider strategy that Arun District Council is putting in place to move our area forward, provide better services and improve facilities on offer to residents.”