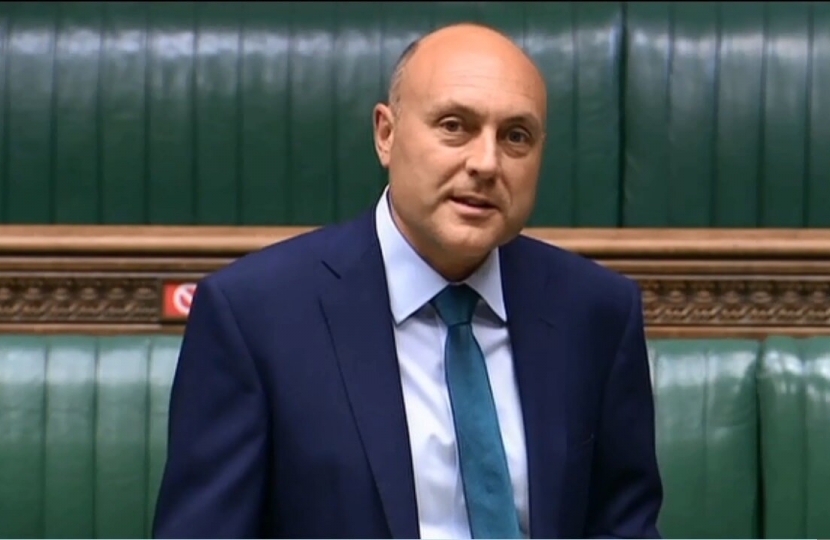 A high-profile campaign in Parliament which Arundel & South Downs MP, Andrew Griffith, helped to orchestrate has been successful in preventing a change to a controversial algorithm that would have significantly increased housebuilding across West Sussex.

Well-placed sources confirmed that the Government has dropped changes to the existing housing numbers formula and instead there will be a greater focus on building new homes in the UK’s largest urban areas.

“I am pleased that we have seen off this threat and to have spoken out passionately in Parliament for the residents of West Sussex. We faced a disproportionate amount of housing development had these plans gone ahead.

Residents understand that we need new homes but numbers should reflect local need and be located where the infrastructure already exists or on brownfield sites not our precious green spaces.”

Having raised the issue in his very first speech in Parliament a year ago, Andrew has been at the heart of the campaign against over-development ever since.

On the 7th September, Andrew was the first to coin the phrase ‘mutant algorithm’ during a debate he called on the impact of housing numbers on West Sussex.  He went on to organise a group of almost 80 backbench Conservative MP’s in holding top level meetings with ministers and special advisers to make clear their opposition to the plans.

Andrew’s own submission to the Government’s review advocated the “build up not out” policy focussing on urban areas that the government has now adopted as well as greater incentives to build on brownfield land and for the post-Covid conversion of office buildings to residential dwellings in major cities.