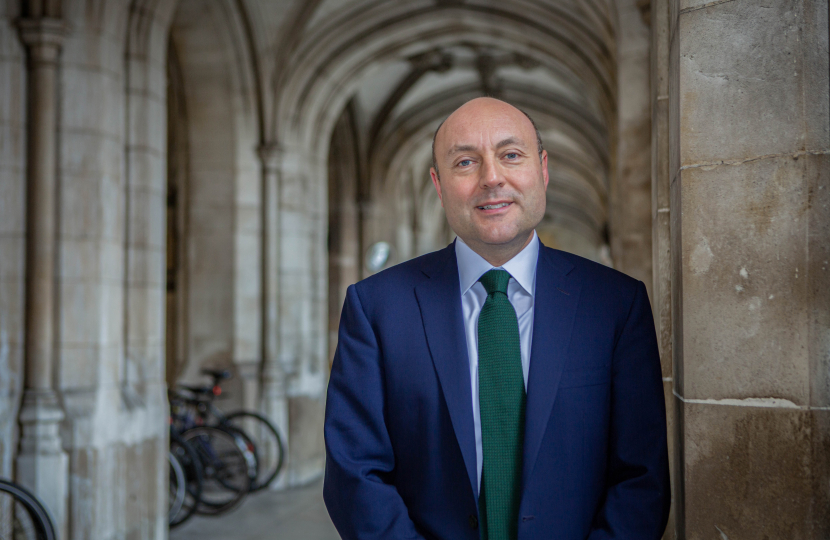 Arundel and South Downs MP Andrew Griffith has welcomed the Government’s commitment to increase pensions secured by the ‘triple lock’ which will see them increased by more than 10 per cent from next April.

The state pension will rise in line with inflation of 10.1 per cent which is worth up to £1,470 for a couple and £960 for a single pensioner in the most vulnerable households.  The announcement was made by the Chancellor of the Exchequer Jeremy Hunt in Wednesday’s Autumn Statement.

The reinstatement of the ‘triple lock’ delivers the largest increase on pensions since 1982.

The ‘triple lock’ guarantee means that pensions are increased annually in line with inflation, average earnings or a flat rate of 2.5 per cent, whichever is highest.

The Chancellor of the Exchequer Jeremy Hunt said:

“There is a global energy crisis, a global inflation crisis and a global economic crisis. But today with this plan for stability, growth and public services, we will face into the storm. We do so today with British resilience and British compassion.

“Because of the difficult decisions we take in our plan, we strengthen our public finances, bring down inflation and protect jobs.”

“The Chancellor had to set out some tough decisions to tackle inflation caused by the after effects of the costs of covid and the illegal invasion of Ukraine but I welcome the fact that he was still able to increase spending on the NHS and schools whilst also confirming that pensioners will benefit from the commitment of the triple lock to pensions.”