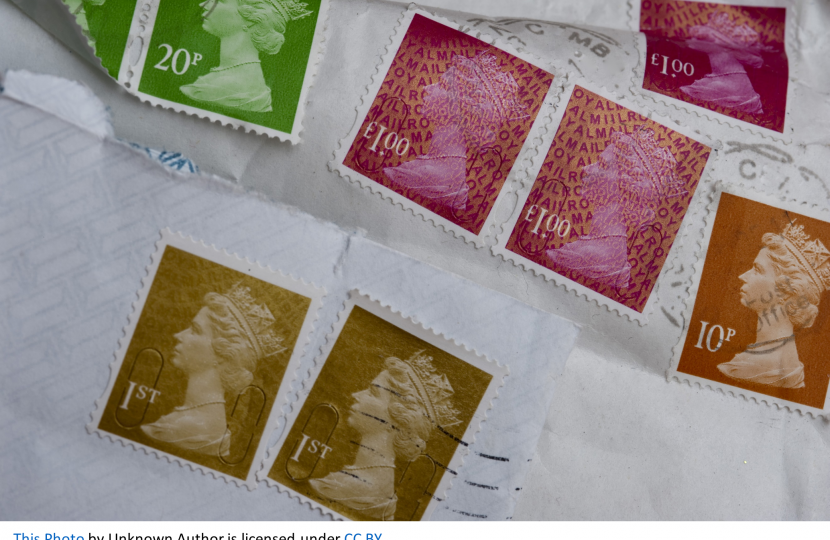 Arundel and South Downs MP Andrew Griffith has welcomed a decision by Royal Mail to delay its proposed ban on non-barcoded stamps until next Summer.

The new-style barcoded stamps were to be the only type of postage stamp allowed after January 31st.  Any letter sent after this date without a barcode would have been returned to the sorting office and incurred a ‘fine’ of up to £3.50 to collect the undelivered item.

But now the postal service has confirmed that the older style stamps can remain in use until next Summer following calls, including from MPs, to extend their period of use.  Royal Mail will also make it easier to swap the old-style stamps for new ones by providing forms and freepost envelopes at post office counters.

The new style Royal Mail stamps includes a barcode which they say will make it easier to track post and help to tackle fraud.  Many people buy their stamps in books but would have been left unable to use them after January – amounting to millions of stamps, and potentially millions in fines.

“I am pleased that the Royal Mail has seen the sense to give a longer grace period for using up old stamps.  I know this will be welcome news for my South Downs constituents, especially for those older people who like to send letters and cards more often and therefore purchase their books of stamps in advance.  I am also pleased that it has now been made easier for them to swap any remaining stamps they may have.”