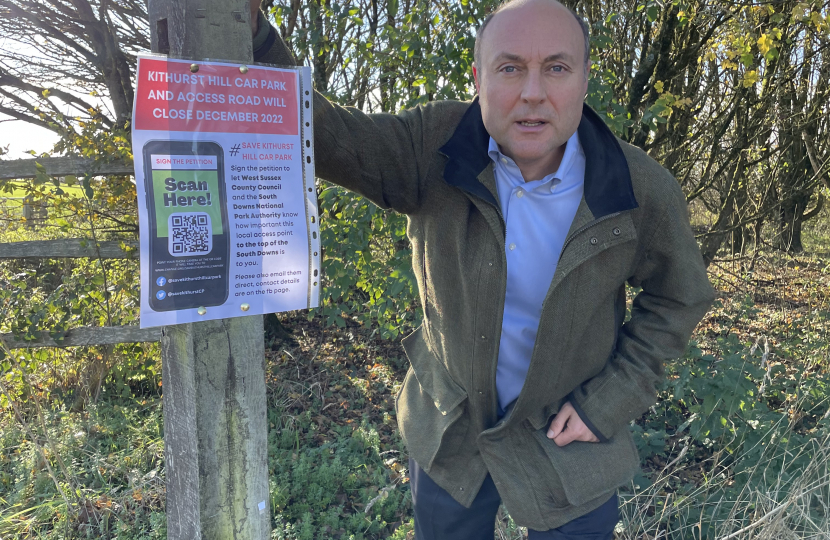 Andrew Griffith, the Member of Parliament for Arundel & South Downs, welcomed the news that Kithurst Hill car park has been saved from closure.

The car park, a privately-owned rural car park at Kithurst Hill near Storrington, was set to close as it came close to the end of an existing contract.

Following extensive conversations with the community and third-party organisations, Horsham District Council has agreed to take on responsibility for the car park for a minimum of two years. The campaign to keep the car park open was widely supported by the community and local elected leaders, with a petition supporting the vital South Downs link receiving thousands of signatures.

“It is brilliant news that Horsham District Council has stepped in to save this vital community asset.

Kithurst Hill Car Park is a lifeline for thousands of people who rely on the link to access the outstanding natural beauty around us on the South Downs and I am pleased the community’s voice has been heard.

The campaign has had my full support since the start, and this victory is a testament to the community who put their full weight behind it.”