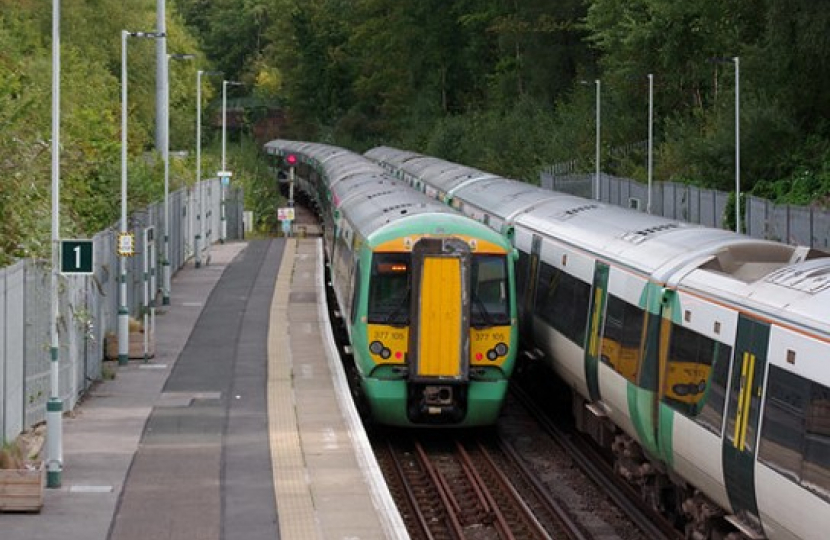 Arundel and South Downs MP Andrew Griffith strongly condemned the railway strike action by RMT members planned for the 21st, 23rd and 25th of June, which will be largest rail strikes in 30 years.

Families and business are already coping with the cost of living as we emerge from a pandemic, and the planned strike will paralyse the transport network and punish ordinary people trying to get back to work. Andrew is dismayed to learn that there will not be any rail services in the Arun Valley, impacting residents at Arundel, Amberley, Pulborough, and Barnham.  Many schoolchildren rely on this service to get to school, many of which are now in exam-period

Tens of thousands of students are due to sit important exams which commence today. 17 different GCSE exams will take place across the country, along with 15 A-Level exams later this week.

These strikes will hit millions of hard-working families when they are most vulnerable, harming the economy, costing businesses millions of pounds and disrupting vital NHS operations.

50,000 staff are planning to walk out paralysing the network across the three days 21,23 and 25th of June. This is designed to cause maximum disruption and inconvenience to the public including Glastonbury Festival, Armed Forces Day and major sporting fixtures including the England v New Zealand test.

“For the RMT to inflict a strike upon local school children taking exams, commuters heading back to work and relatives visiting family members is a monumental act of self-harm. Keeping some of our rural rail links open in Sussex post Covid was an uphill battle at the best of times. Driving away rail users by these strikes makes no sense even for those working in the rail industry. My office is in regular touch with GTR and will share any updates on services as we get them.”

Two trains per hour will run between Brighton and Hove only.

First trains from Hassocks not until 07.34

Last train from London Bridge to Brighton leaves at 17.35

3.  GTR's main message for all commuters:  only travel if absolutely essential, but if you do travel, always check the timetable before you set out.

"As the strike action includes colleagues from Network Rail and other train operators across the UK, there will be very significant disruption across our network.  This is because critical staff such as signallers and emergency response staff will be unavailable.  Network Rail has some contingency cover, but this is only available for mainlines and will only allow for the railway to safely open for a limited period.

Regrettably, many customers will be unable to travel by rail, and our advice with the limited passenger capacity available, is to travel only where necessary, and if customers do travel, to expect severe disruption and plan ahead."

On the non-strike days (Weds, Fri & Sun) then they will be running a reduced service owing to the disruption, broadly equivalent to a Sunday service.

They've been in touch with all schools who are effected and have been giving them updates since last week.   Unfortunately there is not much they can do for schools and all buses are already hired (national bus driver shortage), but schools have been made aware and have been urged to communicate to parents about arrangements.