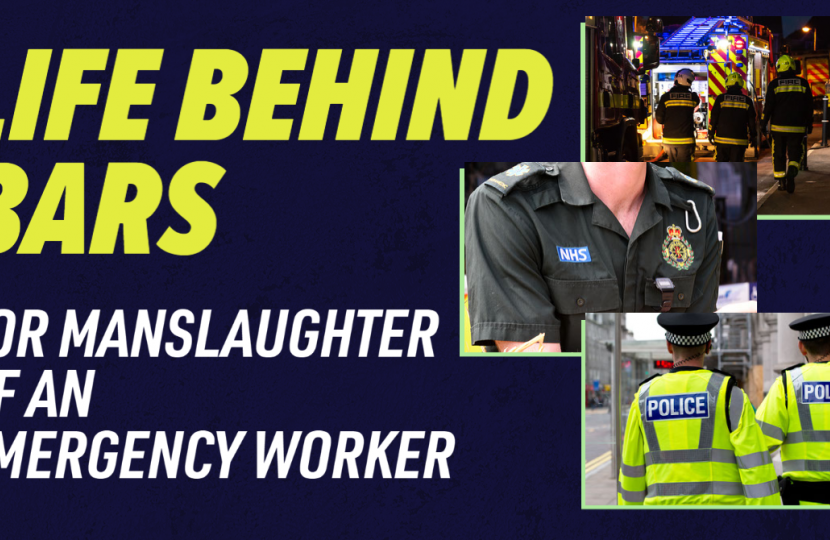 Arundel & South Downs MP, Andrew Griffith, has celebrated the adoption of Harper’s Law by the Government which will result in a mandatory life sentence for anyone who kills an emergency worker in the line of duty.

The adoption of Harper’s Law comes following a year-long campaign by Lissie Harper, the widow of hero PC Andrew Harper who was killed in the line of duty in August 2019. Andrew Griffith MP recently met with Lissie and was one of the Parliamentary supporters of her campaign.

Currently in the UK, a guilty murder sentence attracts an automatic life sentence, with a sentence of life without parole for those who murder a police officer. The new law, to be adopted by the Government, ensures that those found guilty of manslaughter, while committing a crime and where the victim is an emergency worker on duty, will also receive a life sentence.

“Day after day, police officers, and sadly many of our emergency services heroes, look danger in the eyes and carry on regardless.

"They put themselves in harm's way to protect the public, so we need to give something back to show we support them."

“Those who kill our emergency services deserve a life behind bars. So I am pleased the Government is extending life sentences for manslaughter to protect our police, firefighters and paramedics.  They are in the front line and we need to give them the backing that they deserve.”

This week I supported a Private Members Bill which seeks a change in the law to prevent rogue developers and to stop those that do break the rules from profiting from their illegal developments.