Tackling sewage and the Environment Bill 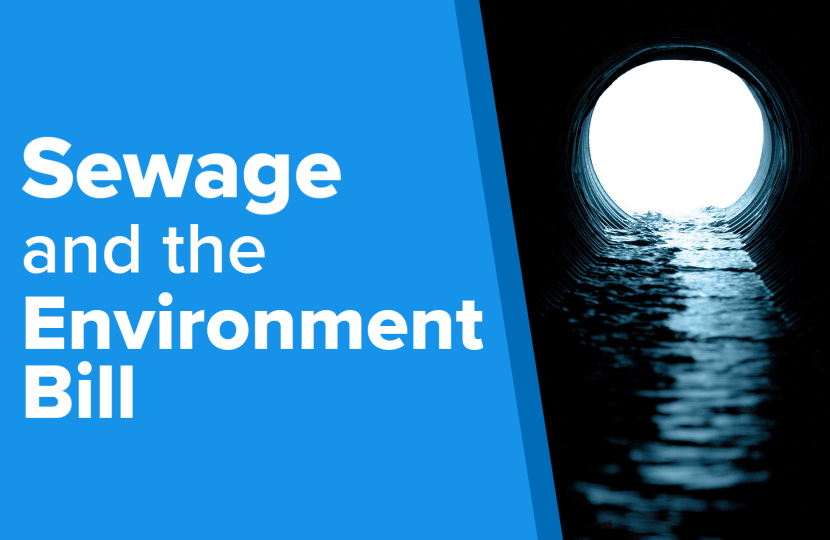 I know that sewage pollution is a serious issue.

There is justified discussion about the Environment Bill and measures the Government are taking to tackle the serious issue of pollution in our rivers and on our beaches.

The Environment Bill is currently making its way through Parliament with the purpose of eliminating environmental harm from storm overflows through the Storm Overflows Taskforce which would gather key stakeholders from the water industry to guarantee sustainable progress in reducing sewage pollution.

During its passage through Parliament, the House of Lords proposed an amendment on the Environment Bill. The amendment would have effectively banned sewage discharge overnight. This sounds fantastic on paper and is something we would all love. However, it would have required the overnight replacement of almost every drain and sewer in the country which have been neglected by successive Governments. This is simply not practical but even if were, it is estimated that this would cost up to £650 billion.

For context, £650 billion is just under twice what the Government has spent combatting the unprecedented Coronavirus pandemic.

The Government, therefore, has opted for an ambitious but realistic plan of action that makes concrete progress to the cleaner, safer and healthier environment that we all want. The Environment Bill in its current form imposes a legal requirement on the Government to present a clear strategy to Parliament to eliminate sewerage discharge from storm overflows. For the first time ever, this will ensure Ofwat, the water industry’s regulator, is obliged to require water companies to take meaningful steps to “significantly reduce storm overflows”.

I hear the constituents concerns about sewerage pollution and I share their very defensible anxieties. I am personally a member of a group of Solent MPs pressing Southern Water, whose past conduct has been unacceptable, on this issue. I voted for a sustainable solution to the problem that accepts the world as it is but will ensure our waterways and beaches are cleaned up.