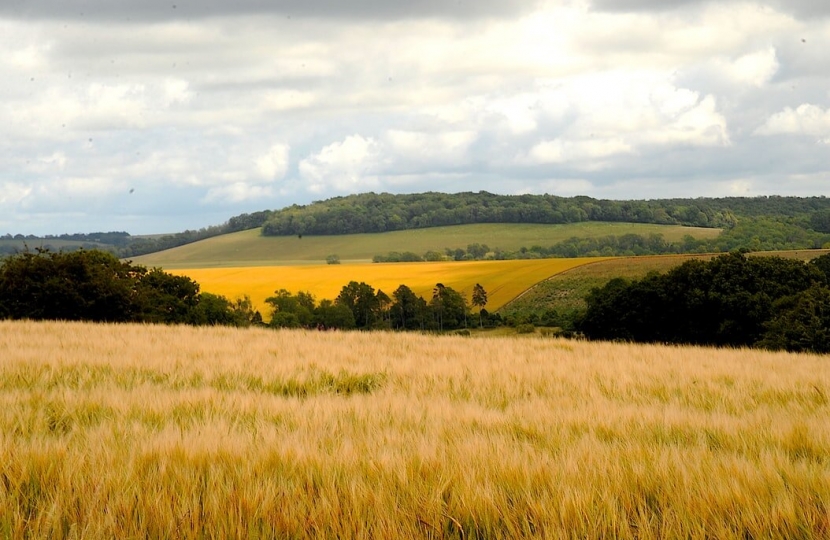 I believe that a planning system is based on a clear legal framework and open consultation with local residents is at the heart of responsible development.

I am not supportive of many aspects of the planning white paper as encapsulated within Neighbourhood Plans as you may know from following my speeches in Parliament. Our green fields and communities are left under blight and siege from developers when the homes the nation needs should be in towns and cities which already have the facilities that residents need and want. I don’t wish to see any reform or short cuts in the planning process that increases that jeopardy  - indeed I would like it to be made harder to build on agricultural land, flood plains or previously undeveloped greenfield sites.

When I was elected I pledged to fight to protect our countryside from unsustainable development and I have done so at every available opportunity. Last month I called a debate in the House of Commons in which I asked the government to review the method by which housing numbers are calculated and to represent the deep concerns that councils and constituents have regarding the amount of housing being asked on the area. You can read more about the debate here.

I have also been working closely with the CPRE as Co-Chair of the APPG for Dark Skies. We have recently completed a consultation on how the planning system can be reformed to reduce light pollution and, with the help of the CPRE and other countryside organisations, I will be pressing the government to ensure that the next draft of the National Planning Policy Framework be used to ensure developments are fit for purpose and to preserve the ability of future generations to see the Milky Way on a dark night.

I will be responding to the White Paper consultation and speak regularly with Ministers and will continue to weigh-in with support of neighbourhood planning as a mechanism to shape our communities with the backing of the communities.

On May 20th, Andrew Griffith MP joined Phil Hornby on ITV Meridian's The Last Word to discuss an array of issues, including unsustainable levels of development in West Sussex.

Andrew asks Chancellor for help in protecting greenfields from overdevelopment

Andrew has called on the Chancellor to introduce a stamp duty break for ‘downsizers’ to help prevent new housing development on greenfield sites in rural West Sussex.

A high-profile campaign in Parliament which Arundel & South Downs MP, Andrew Griffith, helped to orchestrate has been successful in preventing a change to a controversial algorithm that would have significantly increased housebuilding across West Sussex.

Shoreham Cement Works is the largest brownfield site within the South Downs National Park. ITV Meridian broadcast their report about this site on Friday 9th October which I contributed to.

Arundel & South Downs MP Andrew Griffith spoke passionately in a debate in the House of Commons on Monday 7th September in which he asked the Government to review the method by which housing numbers are calculated.

Debate on impact of housing development

In his weekly article for West Sussex newspapers, Andrew talks about his campaign to build ‘up not out”.

Another example of a flawed algorithm

In Andrew’s weekly article for Sussex newspapers, he talks about the recent concerns over exam results, and the importance of oversight and responsibility for the use of computer algorithms in public life, whether for students’ grades or local planning allocations.

Build homes where the infrastructure exists

One issue that many residents are understandably concerned about is the influx of small boats illegally trying to cross the Channel. I myself have visited UN Syrian refugee camps in Jordan myself and seen the seas of tents stretching to the far horizon. As ever, refugees were mostly the elderly,