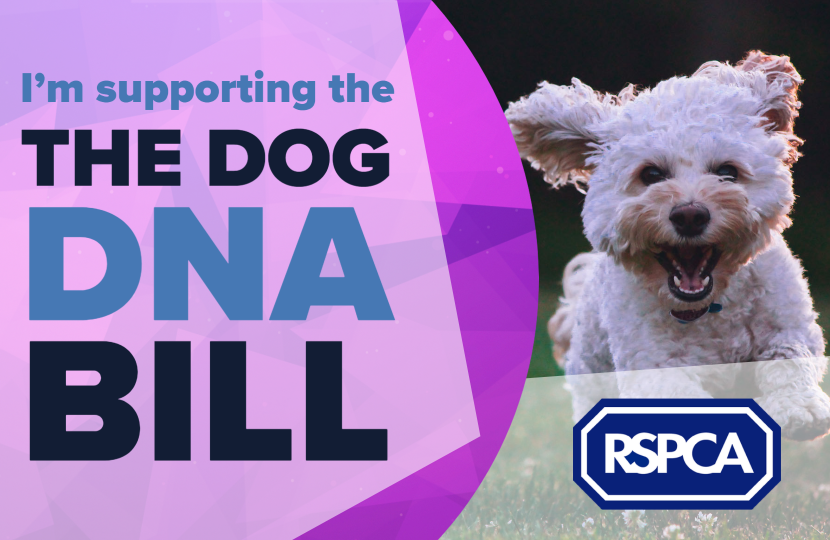 Andrew is leading a group of dog-loving members of Parliament, supported by the UK’s leading animal welfare charity, the RSPCA, to introduce a Private Members Bill in Parliament next week to create a national register of ‘doggie DNA’ as a long term alternative to  microchipping, creating a more modern solution to combat the growing scourge of dog theft as well as lost pets, ownership disputes and ‘puppy mills’.

The Bill will be introduced in a high-profile slot straight after Prime Minister’s Questions on Wednesday 7th July.

As well as seeking to make DNA collection mandatory, the Bill will also unify the various existing microchip databases, which hold data in inconsistent formats as they are administered by a variety of commercial entities.  A standardisation of these databases has been supported by The Dogs’ Trust, Battersea Dogs Home and the Royal College of Veterinary Surgeons.  The DNA database would be achieved by a ten-year-long phasing in, allowing the DNA database to build up via the natural registration of new puppies, the costs of tests to reduce, and the existing chip registers to be formatted more consistently ahead of unification and the mandatory registration.

The RSPCA commented “A ‘doggie DNA’ database alongside bringing all the microchip databases into one, could streamline the process of registering dogs, making this easier for owners and authorities and vets to get the information they need.”

“We would encourage anyone who supports this Bill to get in touch with their MP to ask them to get involved.”

Other MPs who have already signed up to the bill are (alphabetical by surname): 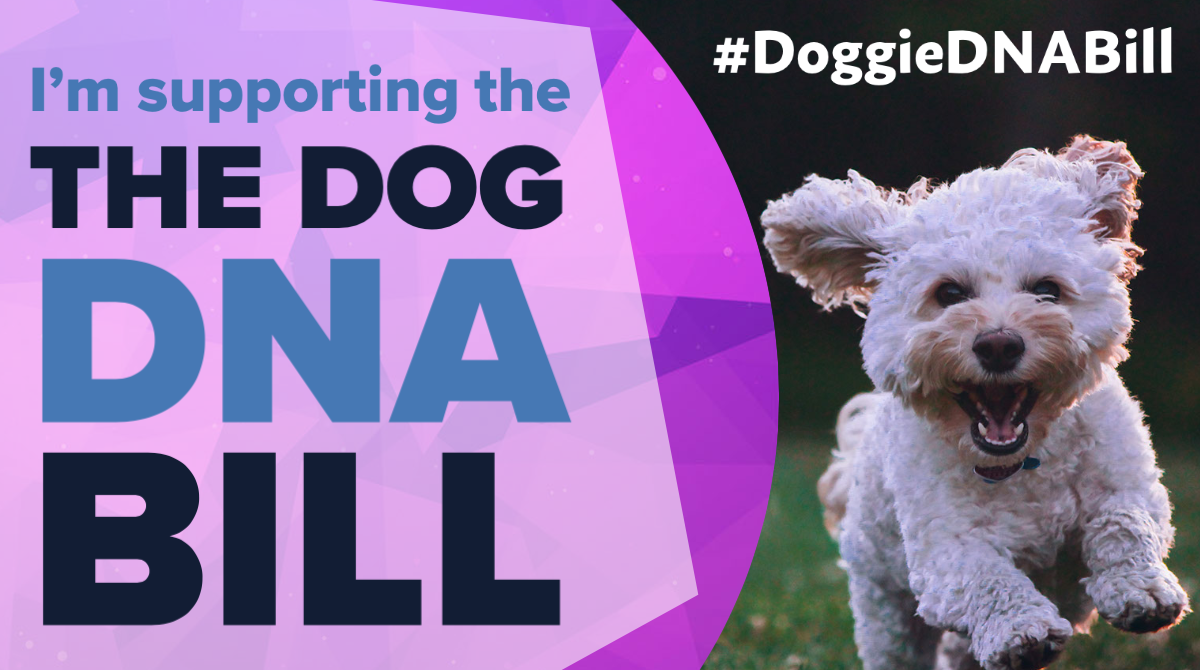 To help support the campaign, you can: