A27 Arundel Improvements - Have your say! 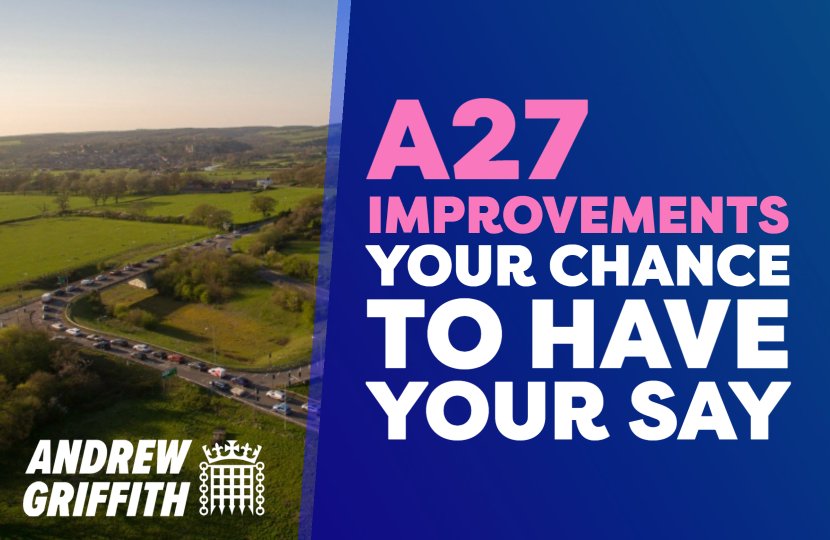 CLARIFICATION TO LETTER TO WALBERTON AND BINSTED RESIDENTS: The A27 at Tye Lane is being lowered by three metres, as opposed to Tye Lane itself as suggested in my letter to residents in Walberton and Binsted.

Read more and, have your say, on the National Highways website here: nationalhighways.co.uk/our-work/south-east/a27-arundel-bypass/

An extract from the National Highways document reads:

"The A27 connects many coastal communities and serves a combined population of more than one million people; it is essential to those who live and work in the area. Communities use the road to access services such as schools, hospitals and shops, and farmers need it to access their land and businesses rely on it to move goods.

Currently, the single carriageway section of the A27 through Arundel is highly congested, which leads to severe delays and unpredictable journey times. This makes it difficult for people to commute to work and access local services and for businesses to operate efficiently and transport supplies.

Congestion on the A27 at Arundel causes traffic to use other routes, which has a knock-on effect on traffic flows through neighbouring towns and villages. This affects the quality of life for residents and brings significant disruption locally, including across the South Downs National Park."

Subscribe to my regular e-newsletter to hear more about the A27 improvements, and my activities in Westminster, here